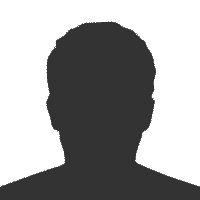 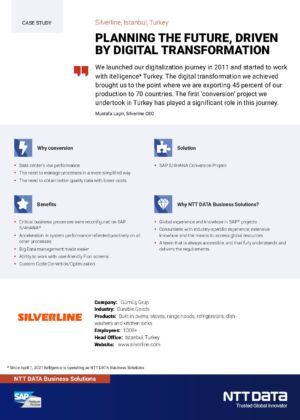 Founded in 1994 by a team of 25 people, Silverline is continuing its successful activities with built-in kitchen appliances and with operations in Turkey and Europe with more than a thousand people. Gümüş Group has embraced innovation and technology as part of its vision and mission since its inception, and the company’s relationship with SAP solutions and NTT DATA Business Solutions dates back to 2011. Since then, Silverline has been controlling its business processes across all group companies from a single point with NTT DATA Business Solutions’ partnership.

Silverline, which has grown steadily by 20 percent over the last six years, reached the strength to export to 70 countries in seven years, and declared 2017 the year of innovation, deciding to continue its digital transformation journey with NTT DATA Business Solutions. Behind this decision lies the aspiration to become a brand recognized both in Europe and the world by charging ahead more boldly toward the future using the data obtained through the SAP infrastructure. The highlight of our project, which was implemented and went live in only ten months, is the fact that it is one of the first conversion projects in Turkey in this field. Before transitioning to SAP S/4HANA, Silverline was already making strategic decisions based on the data pulled from the ERP system, and now with the new system, these decisions can be
reached much more quickly.

Some of the key features of the project in which both SAP Activate and Agile methodologies were used in a hybrid form include; SAP EHP 7, ERP 6.0, Unicode, Microsoft SQL Server (2012) with 2 control codes, 11 company codes, 16 production sites, and conversion of all the data in the system to SAP S/4HANA structure. External system integrations such as Doruk Automation, Trex, Codesoft, and Horoz Logistics and more than 1500 customer-specific ABAP objects were aligned with SAP S/4HANA.

During the transition process, the active system was kept offline for only 3.5 days and the database was reduced from 1TB to 650GB, which resulted in doubling the speed of the standard reporting process. With the SAP S/4HANA project, the first step was taken toward Gümüş Group’s goal of ensuring that all group companies and affiliates are IT-based. Supported by its human resource who also embrace innovation, Silverline is on the path to customizing and enhancing the capabilities of SAP solutions, which the company sees as a digitalization package. Today, as one of the top five European manufacturers of built-in kitchen appliances and amongst the world‘s top ten companies, Silverline continues to grow with more than 10 million units of production capacity. Aware of the importance of making the right decisions at the right time with the help of technology and innovation, the company invests in R&D, automation, and robotics for its production sites. Thanks to the latest version of SAP S/4HANA, Silverline is able to calculate the profitability of the product in real-time, even during the production process.

Many of Turkey’s best-known brands and major players are part of Bilkent Holding. Comprising a total of over 20 companies across nine industries, the group’s scope of activities is far-reaching.

BSH operates within Bosch group with a total of 60 thousand employees globally and its largest factory is located in Tekirdağ, Turkey.

Besides being theTurkey’s greatest trailer manufacturer in terms of truck, curtainsiders, tarpaulins, chassis vehicles production; Tırsan is the official distributor of DAF in Turkey.