The Power of Unconscious Biases – And How We Can Escape Them

How do you imagine an IT manager? A male, nerdy science fiction fan who wears glasses – something like that? We often think in such clichés and stereotypes spread by the media. In fact, we do this more often than we realize. But what is actually behind this phenomenon of hasty opinion making? How does it affect our work lives? And are there ways to break free of it?

What are so-called unconscious biases?

Dr. Sandrine El Sauaf: Unconscious bias is a subconscious pattern of thinking. These are part of our socialization and therefore, no one is free of them. As the term implies, we are not aware of these thought patterns. Nevertheless, or rather because of this, they often have a very strong impact on our everyday behavior. Our unconscious biases cause us to subconsciously attribute or deny certain abilities to people based on their appearance or their membership in a certain group. This is not an exception. Whether in our private or professional lives, we do this automatically every day without reflecting on whether our perception is correct. When we are confronted with these unconscious thought patterns, we are often shocked by our own assumptions. This also makes the difference – unlike prejudices, unconscious biases do not have to be intended as such. Rather, we have internalized them over the years of our socialization and, to some extent, through our language.

There are different types of unconscious bias. They can be gender-specific, concern a person’s age, name, appearance, or origin. Whatever form, unconscious biases often cause us to miss the opportunity to recognize people’s true potential.

How can this bias come about?

Daniela Siekmann: This is because our brain tries to work as efficiently and resource-conserving than possible. Therefore, it largely blocks out everything that seems irrelevant for the moment and falls back on stored unconscious thought patterns when processing information in a split second. Among other things, these patterns are shaped by our cultural influences and media representations. Through such reflexive thought processes, a complexity reduction of our VUCA world takes place which enables quick decisions that are often important – especially in the business world. Yet, things get difficult when it comes to evaluating people. In a certain sense, our brain tells us what image we form of a person before we consciously decide on it ourselves. In this way, unconscious thought patterns can arise that overlay a person’s true or relevant characteristics.

Accordingly, everyone has unconscious thought patterns, because of the way the brain works?

Dr. Sandrine El Sauaf: That’s correct. No one can absolve oneself of these patterns. We can’t just turn off our brain’s autopilot completely. That’s also why no one should be ashamed of this kind of bias because it has nothing to do with a deliberately negative attitude. It is simply the result of thought processes that run unconsciously and can influence our decisions.

What are examples of unconscious thinking patterns at work?

Daniela Siekmann: An unconscious bias in the work environment is the so-called halo effect, which occurs frequently in the context of promotions or job interviews: Let’s assume that an applicant is attractive and extremely likeable. In such a case, recruiters might tend to unconsciously transfer these characteristics to professional qualifications. It is automatically assumed that the person is not only nice, but also intelligent and competent.

Another example is the “mini-me” effect which leads to applicants being perceived more positively if they resemble their counterparts in appearance and character traits. If the interview shows that attitudes, values, behaviors, hobbies, biographical, demographic, physical or social characteristics match, sympathy and trust develop more quickly. These in turn are important decision-making criteria in the hiring process. The flip side of the coin is that applicants who are not similar are often misjudged in terms of their competence and character traits. Unconscious thought patterns can therefore have a high influence on who is promoted or hired.

We unconsciously think in terms of clichés in our everyday working lives. How does this affect employees in individual cases?

Dr. Sandrine El Sauaf: Many employees are unaware of unconscious thinking patterns as long as they are not affected by them. For those afflicted, the effects are all the greater because unconscious prejudices are the breeding ground for wrong decisions that lead to discrimination or preferential treatment of employees. If these unconscious thought patterns remain uncovered, it may happen that affected persons unconsciously adopting these thought patterns themselves which in turn affects their performance.

Why is it important as a company to think about the topic of unconscious biases?

Daniela Siekmann: All employees should have the opportunity to develop their full potential. However, this is only possible if the handling of unconscious biases curbs discrimination or favoritism. This is also one of the ways in which diversity is promoted in companies. This pays off because different perspectives enable the development of creative approaches to solutions in place of typical thought patterns – the basement for innovation, which in turn contributes to the growth of companies. Reflective handling of unconscious thought patterns also creates a fair decision-making system. When everyone feels treated fairly, productivity also increases. In addition, an appreciative work culture attracts diverse new talent.

Learn more about how NTT DATA Business Solutions deals with “Unconscious Biases” in the second part of the interview. 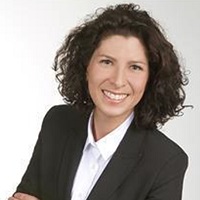 Dr. Sandrine El Sauaf joined NTT DATA Business Solutions as Executive Assistant to the Board in 2017. While in this function she was able to participate in our internal businesswomen’s network from the very start. Since Diversity has always been an important topic for Sandrine, she loves to see how the women’s network evolved over the last years and grew into a diversity network which is now an inherent part of our organizational structure. In her current role as Global Head of Diversity & People Business Partner for the HQ, she has the chance to adjust and redefine processes, policies, and programs within NTT DATA Business Solutions. Thereby, Sandrine helps to strengthen the company culture which focuses on belonging and where everyone gets the chance to shine.