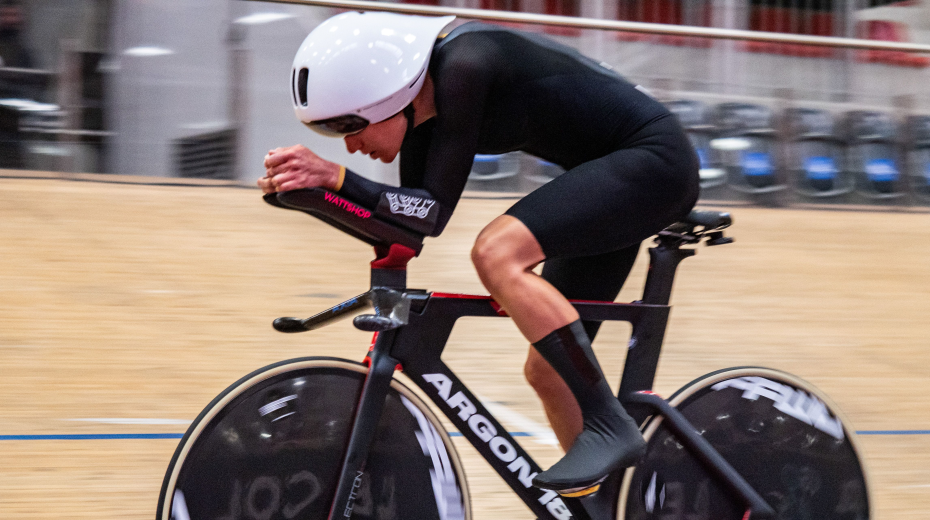 It’s mid-June and I am into the heat of the season. After a slow Spring, held back by a nasty infection and some weeks off the bike, I raced myself back to fitness through April then had a really good month training in May up at home in Andorra. This meant lots of kms riding at altitude along with heat sessions, gym and technical work on my TT bike to get ready for the upcoming racing.

June kicked off with The Women’s Tour of Britain which was a 6 day stage race across Suffolk, Essex, Gloucestershire, North and South Wales and Oxfordshire. For a race that mostly saw sprint finishes, and as I am very much NOT a sprinter, I was looking for opportunities to be in breaks to get ahead of the peloton. I did this on a number of stages, none of the efforts leading to a win but earning a combativity prize which is always good to have the efforts rewarded. I finished the week placed around 15th which wasn’t really the plan but the week gave some really good experience to the team that we can build on in the coming races.

I am currently up in Dumfries, Scotland getting ready to the National Time trial which takes place today, Thursday 23rd June. I will update on how this goes but I am very much hoping to win or be on the podium at least! Last year saw me take 2nd so fingers crossed I can build on that tomorrow.

After that, the season really hots up! I will then go, with my team to the Giro Donna, a 10 day stage race over 11 days in Italy. We start on the 30th June in Sardinia with a prologue – a short fast individual TT. This is then followed by 2 race stages in Sardinia before we then transfer to the mainland on a day off. We then have a further 7 days of racing with the mountain days (my domain) in the back end of the race. It’s set to be hot, hard and I am very excited for this one!

I then have a short break of 2 weeks before the big one and the one we have all been waiting for…! The first even women’s Tour de France. It’s a big moment in history and I will feel very proud to be part of it as I know it is so important to showcase women’s racing. We start on the Champs Elysees on Sunday 24th July, the same day the men finish their tour. We then have 8 stages with the final stages hitting the mountains, and again, giving me a chance to race in my best terrain.

After that, it’s a quick transfer back to the UK for the Common Wealth Games, and if I am still standing…. Or pedalling…. I are due to race the Time trial on the 4th August and then the road race on the 7th August. The Games are set in Birmingham this year so whilst the courses aren’t what I personally would have picked… it will be great to race on home roads.

So it’s hotting up and set to be a really good block of race days. These races are all broadcasted on Eurosport/GCN so you can tune in and follow my team’s progress over the biggest races in the calendar.

Find out more about our Employee Ambassador Programme