The Highs and Lows of Racing and Coping with Change 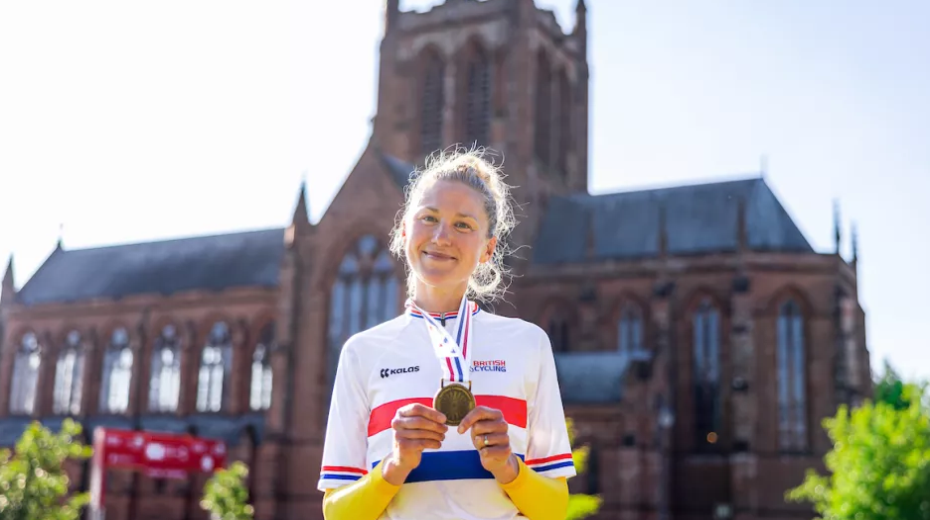 When I was a project manager, I remember once saying that never do I finish the week having done everything I expected to do and the plan to have gone exactly that… to plan. Every day there would be some diversion, some change in tasks, some change in location, some adjustments made, some challenges faced, some new information to include. Being flexible and able to adapt is something I learnt and am pleased I did. Because if I thought this was the case as a project manager, my goodness, that is certainly the reality of life for a professional athlete.

Last week I shared with you the races I was focusing on in the coming couple of months. I always feel I want to caveat my schedule as it so rarely is exactly as I imagine. It was, to be fair, a little too good to be true. To race the Women’s Tour of Britain, into the National Championships, followed by The Giro in Italy, The Tour de France and then Commonwealth Games. Well, that’s the sort of schedule that could only have been dreamed of…. And that is where it will remain.

Before the doom and gloom, I’ll share with you the success from the National Championships on the 23rd June. I targeted the time trial as I missed out last year, taking 2nd place when really it should have been mine to win hands down. So this year, I was fired up for it. Earning the National stripes is a big deal and in June, all the countries (in the Northern hemisphere) hold their nationals competition to find their champion. The person who will race in the national stripes for the following year. We compete in the time trial, a circuit criterium and the road race. Due to my busy race schedule I decided to just do the TT which was in Dumfries on a really nice course that I knew I could do well on. I travelled to Scotland and spent a couple of days familiarising myself with the course, learning the technical sections and settling in. Unlike most races where my team has full support, mechanics, soigneus (our carers), nutritionist, managers, coaches etc., National champs week is a bit different we all go off to our home nations to race. I did however have our performance support manager and technical director so I wasn’t doing too badly. My other half, Dan steps up to many roles at these events so it was down to him to put the last minute upgrades and adjustments to my bike. We had a plan, we had a timeline, we were under control….

But then, Dan flew in from Germany on the Sunday night (we are due to race on Thursday) but his bags were nowhere to be seen. In these bags were some crucial bolts, a chain, tools, screws and various other bits and pieces necessary for my speed critical upgrades. Cue change of plan #1 – immediately we start firing off emails, phone calls and favours as we try to formulate some back up plans. As the week goes on and the bags don’t show, we lean more and more heavily on our back up plan, pulling more people in, more favours and ultimately dropping some idealise upgrades and additions to the bike and set up that we wanted to run. But that’s how it goes, and we made it to the start line, albeit a few components short but never the less, in working order and good enough to go live.

The men went first so I was about to enjoy watching Dan race and taking second place to Ethan Hayter, an Ineos rider that Dan actually did the pacing plan and course prep for so we knew (based on our juicy predictive models) exactly how he would do and also Dan himself, so no surprises really! I then had the luxury of Dan in my team car following me out on the course where I have a radio ear piece and those in the car can communicate to me as I race. I can barely see, I would say I have about a metre view either side of my bike and at times probably only a metre or two in front, so the car behind with the communication on the radio are my eyes. I hear “200m you are going to bear slightly right”, “100m bare right” “bare right, keep on the gas”, “straight ahead, lift the power” and so on. It’s a bit like being on a roller coaster, pretty scary at times and with what feels like little control over what’s going on!

I had a pacing plan for the ride put together by the physiologist and technical director. It basically works out where I need to push harder and where I can recover more. Ultimately the slower you are going the harder you need to push and then you back it off where it is fastest. We model how best to ride the course to get the most out of our tanks. Unfortunately, my legs had a mind of their own and although I knew how hard I should be riding, my legs seemed to want to do more so I hit the half way point way up on where was planned. This meant that the tank I had for the second half was a little more empty which meant that either there was a miscalculation or I was going to blow up big time. I decided it was going to have to be a bit of both and continued fully committing to what my legs had in mine. Sure enough, the back end of the course was really tough, I was fighting everything to keep the power high and speed up. But I stomached it and crossed the line, collapsing and basically gasping unable to breath or even sit up. I had won so it was all worthwhile! So while the plan wasn’t quite stuck to, it seems I got away with it..!

After the celebrations, it was then plugging into a few days rest before flying out to Italy for the start of the Giro Donna, the biggest goal in my calendar. This is a 10 stage race over 11 days that would suit me to the ground. However, just before travelling I came down with the dreaded COVID. There was no denying it, grim cough, joint aches, splitting head, dreams shattered. After seeing the result come up, I crumpled, it was so much work that I felt had just been thrown away. What could I do? Nothing. There is nothing to do. There’s no wondering, no “maybe I will be ok to race” there’s no mulling through options or alternative ways to travel. It’s plain and simple, the Giro was off. Rosie, my sister was on hand and kindly talked me through my Change Curve. Once I accepted the reality I would be able to get over it and focus on recovery and the next goals. So I quickly got myself to the acceptance stage (although the grief was still real, I definitely can’t watch the Giro this week) and I’m focused on recovery, on getting myself back to strength once clear of the virus and ready for the Tour de France.

There will be a few of you at NTT DATA Business Solutions  that remember the days in Gough Square when we were Blueprint. This was before itelligence, so going back 10 years. When itelligence took us over we were given a book called “who moved my cheese” – Justin Brading, our Managing Director recommended it and I went away and read it that evening. It stuck with me and is a book I’ve recommended to others over the years.  The book tells a parable, which you can directly apply to your own life, in order to stop fearing what lies ahead and instead thrive in an environment of change and uncertainty.

Embellishing change can help us to adapt, develop resilience and reach our goals. But responding to change means we need to understand our own capacity for growth and learning. In cycling – this relates to physical and mental strength – the same relates to project management with SAP deployments that embrace agile methodologies. Organisations strive for business agility and operational flexibility in order to take the right action faster – whether it’s capturing new opportunities, keeping up with customer demands, or minimising the impact of unexpected events.  The ability to react to change, makes us stronger – because we have learned how to turn a challenging situation to our own advantage. Change forces a response and can lead to bigger, better things. Change is inevitable and it is how you react to it that makes you stronger. After all, one of life’s constants is change.

And so I’m on my way back out to Andorra where I live, ready to look ahead and focus on the TdF as the next goal. Onwards and upwards!