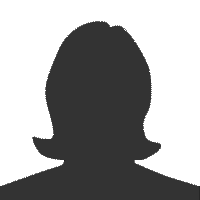 Together with itelligence*, we were able to fundamentally modernize our IT landscape in a short time. We now have a flexible system that supports our company strategy and enables us to use new technologies and agile processes.

With the motto “We make a real fire”, the family business Camina & Schmid Feuerdesign und Technik GmbH & Co. KG produces high-quality systems chimneys as well as heating and fireplace inserts for tiled stoves and fireplaces in Bissendorf near Osnabrück and Rathenow – and all “Made in Germany”. 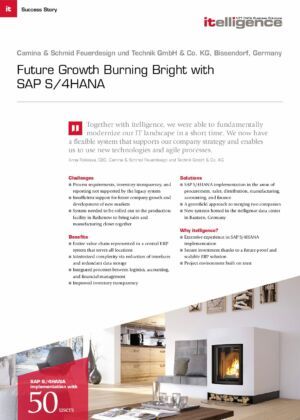 Read more about how Camina Schmid, together with NTT DATA Business Solutions, integrated SAP S/4HANA which now enables them to use new technologies and agile processes.

Working out of two locations in Germany, Bissendorf and Rathenow, Camina & Schmid produces heating and chimney inserts for wood stoves and fireplaces. The company has positioned itself as a market leader in its industry with innovative and quality products with the “Made in Germany” label. In order to support future growth, Camina & Schmid wanted to replace its existing systems with the SAP S/4HANA solution. With it, Camina & Schmid would benefit from an agile system that can cope with increasing demands for years to come.

Before the merger between Schmid Feuerungstechnik GmbH and Camina Feuerungssysteme GmbH could take place and new systems could be implemented, there first needed to be a mutual understanding of the process. In the initial stages, requirements were identified and addressed in accordance with a best practices approach. A prototyping model was used in the implementation phase to adjust processes and functions to meet the specific needs of the company.

Migration of Master Data – When Two Become One

One part of the implementation phase concerned the transfer of both companies’ master data into the new production environment. Since a great deal of manual effort was needed to prepare the master data, a “golden client” approach was adopted. This approach means that required master data is compiled and stored in a cleansed form right at the beginning of implementation. The golden client grows as the project progresses and forms the basis for the productive system. The crucial benefit is that data does not have to be prepared externally and then migrated. Instead, it is stored directly in the SAP environment and can be used for prototype tests right away.

Target-Oriented and Harmonious Collaboration on All Levels

In addition to replacement of non-SAP legacy systems, staff resources also presented a challenge as implementation was to be completed during a 5-month period with just four key users. As the project would run parallel to daily operations, close collaboration and a high level of engagement from key users was required to carry out the project.

After go-live, optimization began on certain processes and functions in phase 2. In this phase, knowledge from key users and end users was taken into account in order to focus on creating a new operating concept. The innovative SAP Fiori user experience will be used for further optimization in the future. SAP Fiori offers role-based apps to its users, can be used on mobile devices, and has a modern and functional design. During phase 2 of SAP S/4HANA implementation, Camina & Schmid were able to take on the challenges of a new operating concept with its processes already optimized.

FINK TEC has all their data and information on a central platform. With data integration they can quickly find out who is processing an order, what the delivery deadline is or where the goods are stored. This time-saving system has significantly improved their customer service. 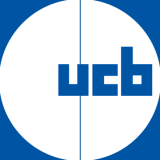 With the Business ByDesign cloud solution, UCB Innere Medizin benefits from a scalable, low-maintenance solution that operates to the most stringent security standards.