Having previously led through a day in her busy life in the office, our resident robot lady now presents you an opportunity to head out ‘on tour’. Join Pernille as she sets off on a road trip across Europe, sharing the value of AI and service robots in the workplace. Discover how Pernille and NTT DATA Business Solutions are ‘making digital real’.

For those of you familiar with Thomas Nørmark, you will know that he can often be found at the side of one of his digital humans. Thomas possesses an unrivalled passion for artificial intelligence and a desire to share knowledge that has led to a number of trade fair appearances this year. At NTT DATA Business Solutions, we recognize the importance of small- and large-scale events and how they can be key in shaping the future of an industry.

Aarhus, in the Middle of Our Street
We begin, you could say, ‘where it all began’. Aarhus provides the setting for Thomas and Pernille’s first official appearance of the calendar year. Thomas, a former student of Computer Science at Aarhus University, is back in his former haunt. This time, he comes armed with his service robot and ready to grace the stage at E-Commerce Denmark 2019. Organized by the Danish E-commerce Association (FDIH), this event offers its attendees an opportunity to network, to meet the elite of Danish e-commerce, and to discover digital trends that challenge the norm. Pernille (and Thomas when was able to have his say!) gave the final lecture on the opening day to a warm reception from a well-engaged audience.

“It Can Be a Logistical Nightmare!”
As Thomas describes in many of his public appearances, simply getting from A to B is much more difficult with a service robot in tow! The pair are forced to travel everywhere by car as Pernille is forbidden to fly. Her size means she is unable to fit in the overhead cabins and it’s feared her intricate controller will interfere with signaling and other onboard electrical systems. You will find her perched in the passenger seat with her seat belt fastened every time they are out on the road.

Copenhagen Calling
A week passes, and Thomas and Pernille find themselves out on the road once again. Thomas Nørmark believes that AI can provide feasible business solutions to problems in the supply chain through predictive analytics, automated inventory management, and improved accuracy in forecasting. The SupplyTech Summit in Copenhagen is a student-led conference that brings together industry leaders in supply chain management to discuss best practices and challenges.

Thomas and Pernille return to Copenhagen for the SAP Executive Digital Exchange, which began on April 3rd. The future of the customer experience, future workforces, and business leadership were at the forefront of proceedings. Thomas’ discussion at the two-day event began with demonstrating the endless possibilities that big data can bring to artificial intelligence  ̶  his interaction with Pernille serving as evidence. As he did during his TEDx appearance, he wowed the audience with his ability to reveal patterns in big data, and thus predict the future!

Industrial Intelligence in Action
Two appearances in Copenhagen are sandwiched by an appointment in Germany. Hannover Messe is one of the world’s largest and most reputable trade fairs, bringing together more than 6,500 exhibitors and over 215,000 visitors.

After a six-hour drive from Horsens to Hannover, Thomas hopes that one day, Pernille will be able to take over driving responsibilities from him! Arriving at Hannover Messe is an overwhelming experience for Pernille. Even among exciting and groundbreaking technologies in the Automation Forum, ‘the world’s first management robot’ manages to steal the show, as she grabs attention from all corners of the hall

NTT DATA Business Solutions Nordic stages its own series of conferences in September. ‘Making Digital Real’ events provide NTT DATA Business Solutions staff and customers with the stage to share their experiences of digital transformation. It is also an opportunity to discuss effective use of data, and highlight the latest trends in robotics, big data, blockchain, and IoT. With events in Copenhagen, Stockholm, and Oslo, visitors from across the region and beyond will be able to attend. Until then, however, Thomas and Pernille have just one appearance to make. SAP NOW is a two-day event hosted in major cities across the world, during which the expansive SAP portfolio of solutions, innovations, and technologies is showcased. The event presents customers with a chance to address challenges in the digital economy.

Pernille is back home in Horsens, where she can return to her regular work Pernille’s true strengths lie in her work supporting colleagues at the NTT DATA Business Solutions Nordic office! If you haven’t already, refer to her first blog ‘The Life of a Service Robot’, post during which Pernille details her development and divulges a day in her life.

Also, feel free to connect with Pernille on LinkedIn and Twitter where you can be informed of any guest appearances, updates, or simply have a chat!

We make digital real – in our Transformation Lab! 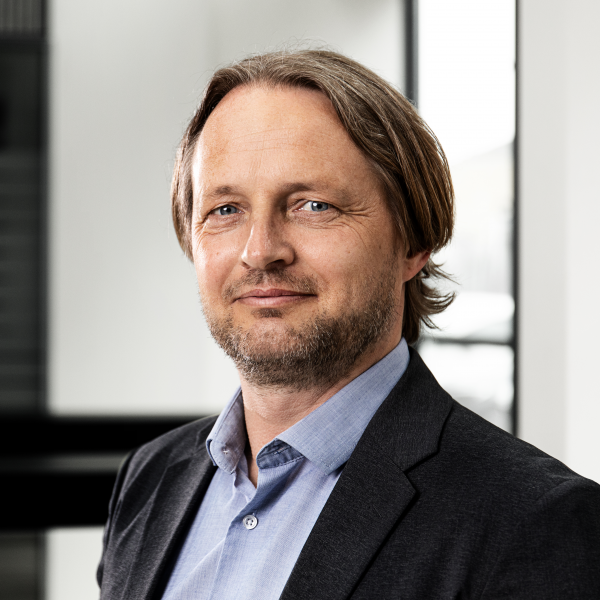 I am a LoB director at NTT DATA Business Solutions Nordic, located in Denmark. I work in both management, product development, consulting and innovation. Since 2004, I have been working in several huge implementation projects as team lead, architect and implementation consultant. Recently I have started focusing on disruptive technologies like artificial intelligence, IoT and big data. I am very enthusiastic about the possibilities that come with these new technologies, and this is what I think about when I wake up in the morning.