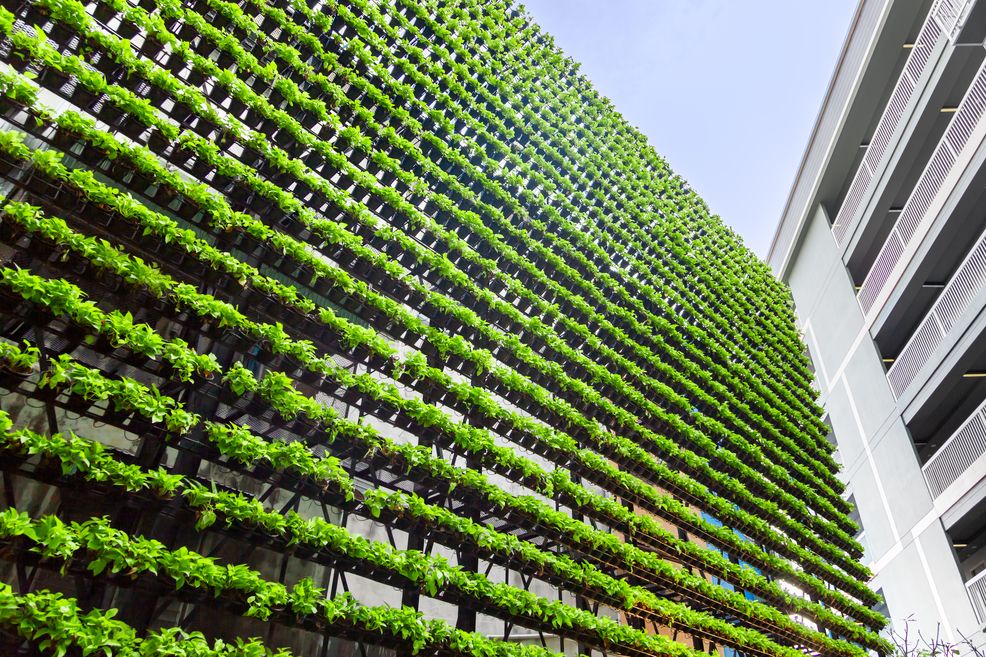 The global population will reach the magic 10-billion-people mark in the second half of this century. What’s more, the percentage of the population living in urban areas is expected to increase from 55% today to 68% in 2050, according to the UN. This puts an enormous strain on cities and their surroundings. A particular challenge is getting enough fresh, nutritious food and clean water to the inner cities. As metropolitan areas are expanding, they both decrease the availability of traditional farmlands and push them further away from where most people live. Could urban farming be the answer?

The issues with feeding the growing population are twofold: not only does the production of food need to increase to keep everybody well fed, this production increase also needs to happen with ever scarcer natural resources.

A study has shown that, even more so than urbanization, industrial agriculture is the major driver of permanent forest loss. Similarly, global agriculture is the largest user of water, as well as a major source of pollution. “Agriculture irrigation accounts for 70% of water use worldwide [and] agricultural fertilizer run-off, pesticide use and livestock effluents all contribute to the pollution of waterways and groundwater,” reports the OECD.

The need to rethink agriculture’s use of resources not only comes from a desire to be more environmentally-friendly, it actually is a necessity due to the damage the current mass-production of food is doing to global resources.

For me, one of the most promising solutions for these challenges is urban farming. Quite literally: bringing food production to the inner cities, where it is most needed. There are various forms of urban farming. Think of vertical farming, for instance, where vegetables are grown indoors in soil-free, stackable set-ups, or of farmbots that help people successfully grow small-scale crops at home with the help of big data and algorithms.

One of the biggest advantages of urban farming is that it will reduce transportation needs – and with that air pollution. Just as importantly, a shorter travel distance to the local store or consumer also ensures that the food stays fresh longer. At the same time, as space is so limited in cities, the production of urban farming can never be as high as that of industrial agriculture.

One way of dealing with the shortage of space is vertical farming. In this agricultural method, rows of produce are stacked on each other – putting the limited ground surface most efficiently to use. Moreover, in vertical farming, near-perfect farming conditions can be created: the best temperature, humidity, and light for the vegetables to grow. This means no waste of water or other resources. In fact, vertical farming doesn’t even require soil.

Despite these advantages, vertical farms also face some challenges. The biggest is the need for electricity to replace the sun. This is especially problematic in countries with a colder climate, like the Netherlands. For now, the cost of vertically grown crops simply won’t be able to compete with traditionally grown crops. However, future developments in generating energy might solve this problem. The Mediterranean area might be a more common place for vertical farms. Where the temperature in the vertical farms can largely be controlled by the sun, with limited assistance of heating systems.

Robots and artificial intelligence (AI) are playing an increasingly important part in farming. They enable reliable weed detection or pesticide distribution programmed for individual plants, for instance. The algorithms used for these purposes can also guarantee the success of smaller harvests: for individuals.

Consumers growing their own vegetables is another way to lift some of the stress on agriculture to feed the growing urban population. The challenge here is: it’s not so easy to successfully grow your own crops. But it gets a lot more successful when a robot does most of the farming. And the success of the robot increases when it is able to learn from other bots, via a Farmbot Network for instance.

Naturally, farmbots are able to feed only small communities, but they are a great way of getting food in the inner cities. For more information on the Farmbot Network, please read these blogs on IT in agriculture and the future of the farmbot network.

The last example of urban farming I want to discuss sounds a lot more sci-fi: 3D printed food. And to be honest: 3D printed food is still a niche, but it could become a major part of the global food system in the future.

Using a paste made of left-over food, 3D printers can turn generally considered useless food into visually appealing snacks that people want to eat – and limit food waste. By changing the look and feel of certain proteins, like insects, 3D printers could also help people transition to more sustainable and healthier diets in time. Next to that, 3D printing requires no special environmental circumstances. Therefore, production can take place anywhere, which again reduces transportation.

We’re now seeing just the first urban farming concepts. They all have their pros and cons. But vertical farming, the farmbot network, and printed food form a solid foundation on which to build the future of urban farming.

In the near future we’ll see much more research on and experiments with producing food in truly innovative ways in order to deal with the challenges of the growing population, scarcity of resources, and effects of climate change. The world is changing, and we need to find new ways to adapt. I believe that urban farming, and in particular the IT-solutions supporting it, is part of the future of food production – next to optimized, more traditional form of agriculture. I personally can’t wait to see what urban farming will look like in 10 to 15 years. So, is urban farming fiction? No way, it’s the future!

Want to talk to me about Urban Farming? Feel free to contact me!