How Digital Avatars of Real People Can Help Battle Dementia

Our AI innovation team has made an important technical breakthrough: real-time conversation with a virtual avatar whose face and facial expressions resemble that of a real person. Tests are currently taking place to see whether this technology can be used to stimulate dementia patients.

According to the Organisation for Economic Co-operation and Development (OECD), dementia is on the rise around the world. In the 38 OECD member states, there were 15.7 cases of dementia per 1,000 inhabitants in 2021 – but by 2050, almost 30 in every 1,000 people is expected to be living with dementia.

Industrialized nations like Japan and the countries of Western Europe are affected to an above-average extent. There are 1.5 million dementia sufferers in Germany alone – as well as their family members who are also affected by the situation.

The need to address this issue is becoming ever more pronounced. One area where momentum around discussions of dementia is gathering is in the tech community across various formats, where there is a vision of a future where the effects of dementia can be directly addressed.

This idea is being fed by the existence of underlying technology which is becoming increasingly capable of facilitating innovative approaches to alleviating the condition. A key question from our team is: How can we replicate a person virtually and ensure that they exist permanently?

I asked myself this very question after a family member was affected by dementia. In her later years, the only person my grandmother still remembered was her husband – but he had passed away several years earlier. She asked about him every morning and finding out that he had died always upset her greatly.

In the end, our family resorted to little white lies. These experiences led us to think about how the memory of a dead person could be brought back.

The aim of the “Living Memory” research project was to improve the quality of life of a dementia patient in their final years and stimulate their memory in order to slow the progress of their symptoms.

For our team, it was evident that AI is one of the answers to this question.

For more than three years, our experts have been working on a platform for “digital humans” – using artificial intelligence to create human-like avatars for real-time interaction.

The technology has already proven its worth in various use cases, including as a sports promoter at the Tour de France, as a help person for a children’s helpline, a customer greeter at a car showroom and a tutor for young children learning to read English.

An avatar named Victoria is working in tourist information in the Danish city of Vejle, which hosted a stage of the Tour de France. She provided visitors with information on destinations in the region and sightseeing tours.

Deepfake Avatars – The Next Level

In the meantime, the door to a new technological dimension has opened.

Thanks to deepfake technology, we can now combine any face with a digital avatar to give people the impression that they are communicating with another human being. A kind of interactive deepfake in real time, in other words.

Previously, it was only possible to add a different face to a video of a person. The user heard and saw a human but was unable to interact with them, because everything had to be produced and recorded in advance.

In a major advancement in this technology, our platform and the deepfake technology mean that users can now enter into a dialog with a digital human. The AI team researched the real-time deepfake avatars in cooperation with the renowned Massachusetts Institute of Technology (MIT) in Cambridge, MA.

This technical breakthrough means that dementia patients can communicate with loved ones using a tablet or computer.

For example, the avatar of their deceased husband knows birthdays, anniversaries, shared vacations, pets and other family members. These facts are implemented in the knowledge base along with common interests like gardening, hiking and cycling, and this information allows the AI to initiate and hold a conversation.

This means that a lot of questions need to be answered in order to train a personality and create an entire virtual character.

Use Cases for Virtual Humans

While the first phase of the “Living Memory” project was about the technical design, the second phase focuses on potential use cases. After all, in addition to filling an avatar with information after a person dies, this can be done proactively while they are still alive.

Could the technology even help people to cope with bereavement? Our team is also developing use cases together with a focus group of older people who are being asked about their needs, because before the technology can be used in the real world, our research needs to establish what is the right approach in the first place.

At the end of the day, it is worth remembering that talking about digital immortality and bringing dead people “back to life” – even virtually – is a highly sensitive matter. It poses the question of whether we are still on the right side of the ethical debate, or if we have crossed a line.

The technology is far more than just an interactive photo album. Senior citizens were asked for their thoughts at a conference. Around half were in favor, whereas almost one in five of them categorically rejected the idea.

Even Virtual Humans Have a Last Day

Another interesting question concerns the deletion of the virtual avatar. Who should be allowed to determine when this happens or should avatars live forever?

Who owns an avatar, when is it born and when exactly should it go offline? All of this can be documented in a blockchain and regulated in a smart contract, and NFTs – non-fungible tokens – are one potential solution.

What is clear is that the moral framework needs to be accompanied by a legal framework that supports the technical development of a digital life.

The technical side of things could well be the least complex of the problems, as this is all made possible by our Digital Human Platform, which we have been working on for three years. In theory, we could start building an avatar tomorrow.

However, the more urgent question is whether we are ready to see the technology in action. We are confident that the first pilot projects will begin next year. After all, time keeps moving on, technology can no longer be stopped and it will soon be available to everyone.

This is why it is so important for us to establish how best to deal with virtual humans now, rather than at a later date. 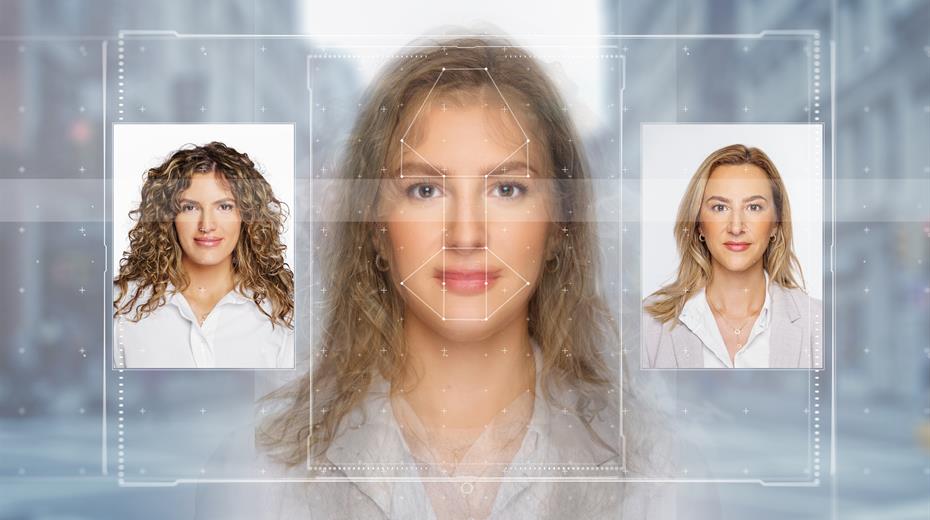 Deepfake is a portmanteau of “deep learning” (based on deep neural networks) and “fake”.

Deepfakes are fake images, audio files, texts or videos. The latter is the most famous use of deepfake technology, with celebrities frequently being portrayed in compromising situations and saying things they did not say.

Face swapping involves substituting a person’s face with another face with the same expressions, lighting and line of sight. State-of-the-art AI technology needs just a few minutes of video material to adapt the new face to all of the situations in the original video. Face reenactment allows a person’s head movements, facial expressions and lip movements to be reproduced to create deceptively realistic videos.

Our team has succeeded in creating deepfakes in real time using a virtual avatar. The technology generates a virtual human who can access an information store for real-time conversation and use AI to speak the relevant sentences as part of a dialog.

The Power and Potential of Digital Avatars

Thanks to deepfake technology, we can now combine any face with a digital avatar to give people the impression that they are communicating with another human being. It is all made possible by our Digital Human Platform – in theory, we could start building an avatar tomorrow.

Artificial Intelligence
How Machine Learning is Helping Farmers and Livestock