At the beginning 2013, the clubs corporate strategy has focused on getting more institutionalized across the sports club association and 9 sub-companies in order to optimize business processes, to manage the club and sub-companies tightly from one centre and to increase profitability eventually. From this point of view, Fenerbahçe has undertaken the SAP ERP and Business Analytics Project in August 2013 as a part of its business transformation. The project was implemented end-to-end with NTT DATA Business Solutions Turkey’s consultancy. Only after three months, the first phase of the project went live for “Fenerbahçe Futbol A.Ş.” and the second phase took 4 months for the sports club and 8 sub-companies to go-live. 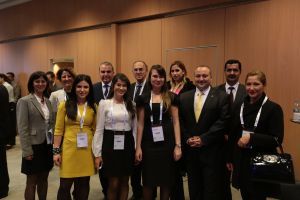 In January 2014, the club has the most sophisticated SAP system in the Turkish sports industry. With the project the club has obtained instant access to critical information about all business processes and professional football players, and accordingly make better and faster decisions. The major accomplishment of the project can be described as follows; better visibility of its current and future cash flow, full-compliance with the UEFA Financial Fair Play Regulations, adopting a common integrated platform across 9 sub-companies and the club, automated ticketing systems integrated with SAP, centralized HR management, contract based compensation and budgeting models, and customized dashboards to provide real-time insights for executives.

In the overall the project allowed Fenerbahçe manage the whole business from one centre and have inter-departmental data integrity for all key business processes. Thanks to the project, Fenerbahçe now operates better, traces better, predicts better, scores better and beats better!

In August 2014, Fenerbahçe has nominated the SAP Quality Awards of 2014. Evaluations took 2 months and at the end Fenerbahce has won the Gold Winner Award in the “Rapid Delivery Category”. The award ceremony was held in SAP Forum 2014 Istanbul. The Award was presented the Chief Organizational Development Officer, Ali Fatih Bayraktar of Fenerbahçe. 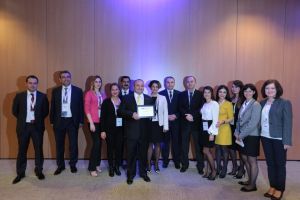